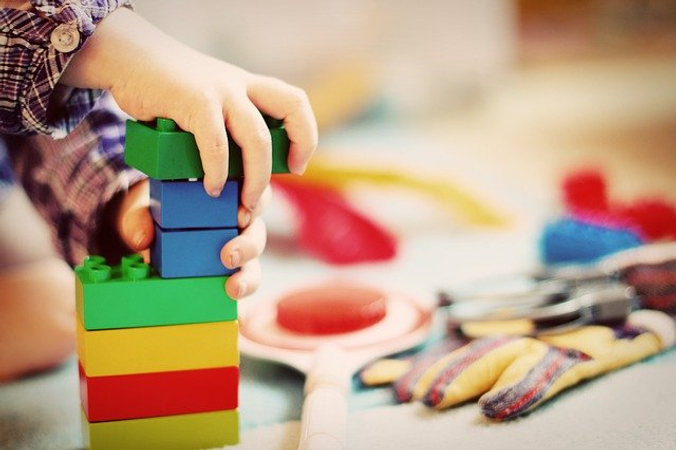 What are your impressions of childhood toys? I remembered that my childhood toys were mostly Iron Man, Iron Armor Little Treasure, Ultraman…Today’s toys are different from the past. They pay more attention to the cultivation of children’s thinking and creativity, and are more educational. Next, I collected some excellent toy designs awarded by G-Mark for everyone.

Let’s take a look at these different toy designs.

Mabot is a robot educatif toy designed for children over 6 years old. With a modular design method, each Mabot component is a complete system with four sets of components at the same time, each of which can be assembled into different types of robots. Using the exclusive Mabot Go and IDE App, children can control the movement of the robot, and at the same time can add actions to it by simple programming.

Jino is a creative puzzle 3d toy different from the previous building block toys. It has only one type of “J”-shaped component, which is stacked and connected in different ways. This kind of building blocks that are not limited to shapes are designed to stimulate children’s creativity and inspiration for object combinations.

This educational toy allows children to use electronic boards to design their own cars, and move them according to the color of the ground, and design the movement of the car by replacing 4-color boards and building blocks. This game process asks children the question “How do cars move in the future city?” to cultivate their “creativeness” to imagine and manufacture future cars; “programming thinking” controls car movement (automatic driving) through color panels.

“Tublock” is a pipe-like block toy. It was developed by a pipe manufacturer. The manufacturer found the fun of assembling the pipe, which gave them the inspiration to make it into a toy. “Tublock” consists of 22 parts and can be used to make buildings, such as factory models, temples and shrines, as well as different animal models.

MagicBean Smart Blocks is a programmable construction toy set designed for children aged 5-12. Children can code in the graphics coding application to define/control the movements of the physical blocks, in this way, improve their design thinking and coding skills.

Pechat is a button-shaped speaker that is attached to a plush toy and can be operated and controlled through a mobile phone application, as if the plush toy can “talk”. You can choose the preset singing, storytelling and other functions in the APP, or you can enter your own voice commands to accompany your child to sleep at night.

Toys designed for children aged three and above, do not use screen language to develop their programming skills. Enhance children’s creativity, sense of space and logical thinking.

Different from other toys, “toio” is a physical toy platform. Its core function is that you can dress up the platform with your own toys, such as toys made of Lego or paper. The game platform can provide various game scenes from battle to competition, sports, art, etc., and children can explore and invent new types of games by themselves.

Dobao children’s handmade soap looks like a blue ice cube with polar animals and is connected to a hanging ring. With the use of soap, the blue ice cubes gradually melt away, and in the end only animal models remain, which can be used as children’s toys. This is helpful for children to develop a good environmental awareness. At the same time, the hanging ring can also be put on the fingers when washing hands to prevent the soap from slipping off.